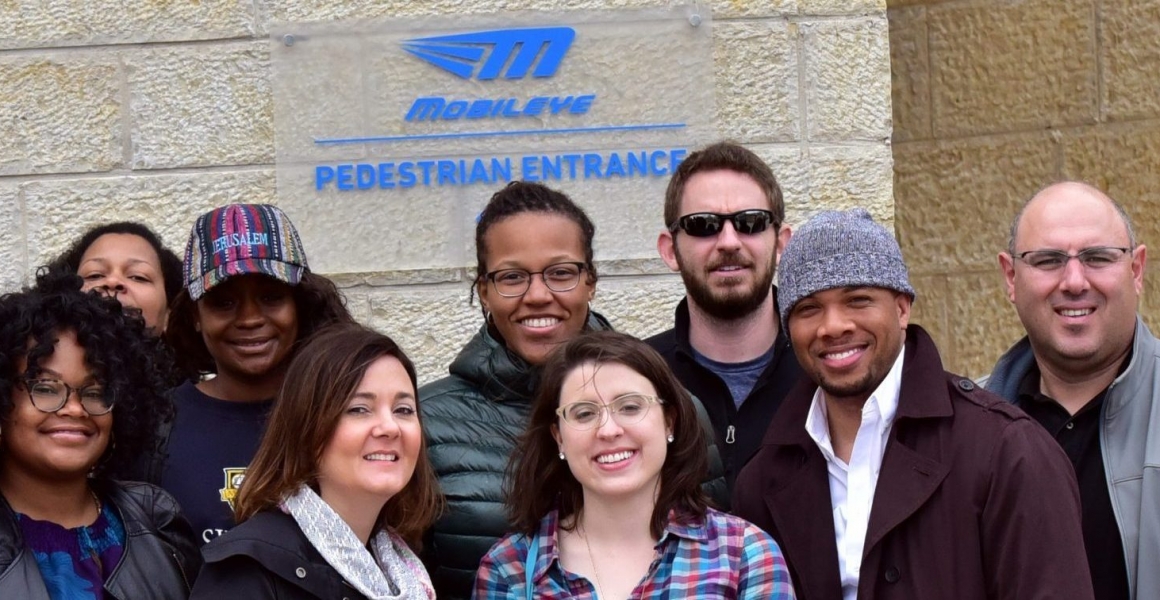 Mobileye: From a Jerusalem Startup to a Global Technology Giant

Israel has undoubtedly become a global leader in technology and innovation,
but when people think of the “startup nation,” they imagine Tel Aviv’s enormous
high rise buildings, beautiful Mediterranean beaches, and young, savvy
professionals. The height of modernity and innovation in the heart of the Middle
East.
But this picture is changing. The ancient city of Jerusalem – city of war and
worship, peace and prayer, past and future, with her dusty stones, sacred sites,
and holy inhabitants – is revolutionizing her place on the international stage.
“Jerusalem has been named by TIME Magazine as the world’s number one
emerging tech hub and has reached #28 on the list of the world’s top 50 startup
cities. The number of startups opening their doors in the capital has grown in the
past four years from 250 to 600 companies,” explained Mayor Nir Barkat in our
interview, “These companies are leveraging the 3,000 years of investment in the
Jerusalem brand.”
The greatest success story is Mobileye, a local Jerusalem startup recently acquired
by Intel for $15.3 billion, in the largest hi-tech deal in Israel’s history. Mobileye is
a leader in the development of computer vision for advanced driver assistance
systems and autonomous vehicles, blazing a new trail in the global transportation
scene. Founded by Professors Amnon Shashua and Ziv Aviram in 1999, Mobileye
is bringing vision-based anti-collision systems to the automated driving space
with advanced technology that detects and warns drivers of potential hazards.
IGT brings groups for exclusive behind-the-scenes presentations at the Mobileye
headquarters in Jerusalem. Last month, a group met with their experts, who
described the future of global transportation in the coming years. “We expect
the growth toward autonomous driving to be transformative,” said co-founder
Amnon Shashua, “It will provide consumers with safer, more flexible and less costly
transportation options, and provide incremental business model opportunities
for our automaker customers.”
Intel not only purchased the company in their second-largest acquisition ever, but
they have decided to base future operations out of the Jerusalem headquarters
instead of taking them abroad, giving Jerusalem the opportunity to set the
standards for how this technology will be implemented throughout the world.
Politician and original founder of Jerusalem Venture Partners (JVP), Erel Margalit,
wrote that “Until 20 years ago, nobody believed one could do high-tech in
Jerusalem.” The last two decades have seen incredible progress and success, but
the acquisition of “a Jerusalemite company that came out out of the computer
vision department of the Hebrew University…proves that Israeli high-tech can
break every boundary possible.”
The Jerusalem Development Authority has launched a number of programs
to support Jerusalem’s many high-tech entrepreneurs, companies like JVP and
OurCrowd help investors connect to local startups, and organizations like SifTech,
Made in JLM, and PICO all promote the entrepreneurial spirit and technological
boom that is reshaping this city.
Barkat’s latest urban development plan, Jerusalem 2020, supports the growth
of innovation and a creative economy in the holy city. With plans to build a new
hi-tech district at the entrance to the city, an industrial park in Givat Ram, and
more R&D centers, Jerusalem’s role in the global tech scene will only increase in
years to come.
When explaining the inspiration for his vision for Jerusalem, Barkat looks to our
ancient sources. “‘Ki m’Zion teize torah’ – From Zion comes forth new Torah, new
thought leadership. When people would visit Jerusalem thousands of years ago,
they would return home and share the new advancements they saw in our city,”
Barkat explained proudly, “Innovation in Jerusalem became a de facto standard
throughout the world. This creativity is another essential part of Jerusalem’s
DNA.”